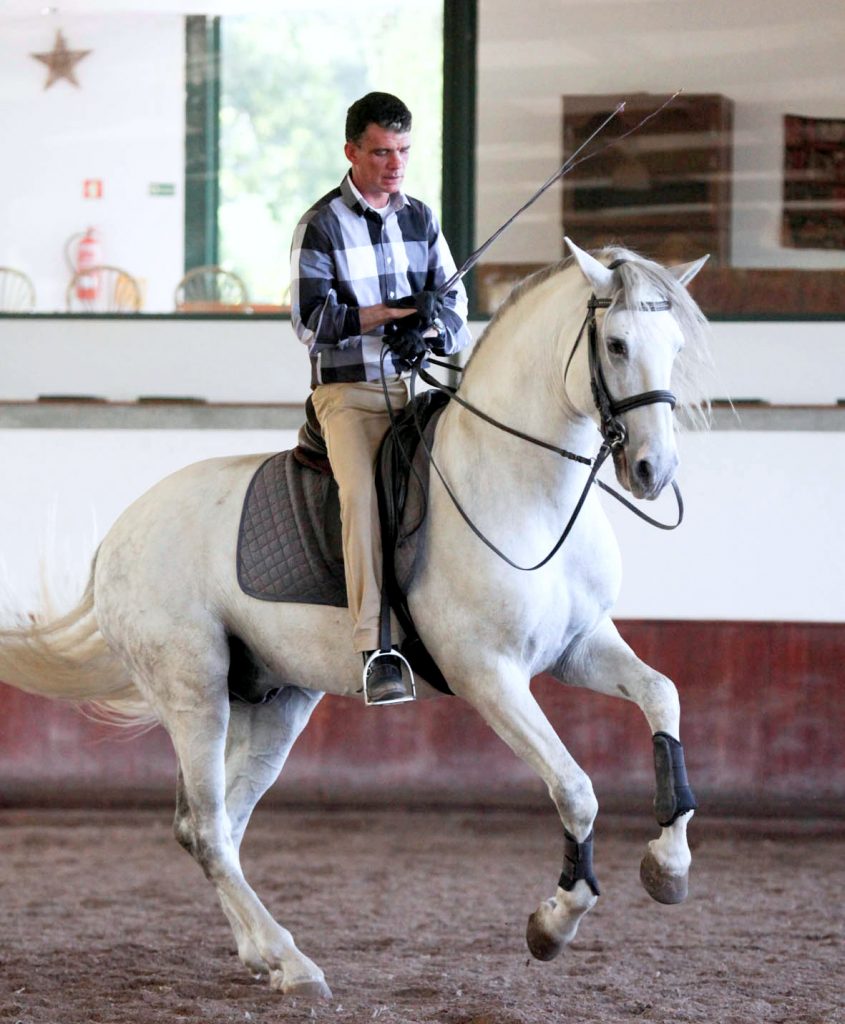 HISTORY
Rodrigo began riding at an early age and his skills quickly became apparent to those who watched him communicate with horses. His training began at the Morgado Lusitano facility in Lisbon where he was schooled under the well known, Senhor Nuno Palma.

When Rodrigo was 17 years old, a position at the Portuguese School of Equestrian Art became available and Rodrigo was selected to fill the position. His talents matured under the watchful eye of modern day masters and, after a few years, he became a Principle Rider at the School. With this esteemed position, Rodrigo became a Senior Level Instructor at Morgado Lusitano. 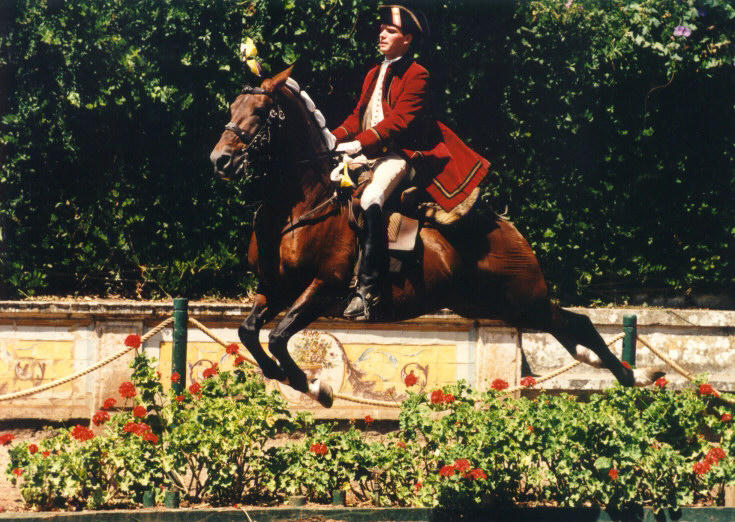 Equestrian Art in Paris for the first joint presentation of the four European Schools of Classical Dressage.

Today, Rodrigo is one of the most sought after clinicians throughout the world, travelling many months per year. Alongside his travels Rodrigo also works as a Senior Level Instructor at Morgado Lusitano in Portugal, to which international guests are welcomed to learn the art of classical dressage riding schoolmaster Lusitanos.